In the trial Nicholas Moore is facing on charges he shot Brian Mendiola in the leg the evening of October 15, 2020, the jury may be left to weigh one critical question: Do we believe what Eric Salone has said?

Mr. Salone was Mr. Moore’s original co-defendant in the case. He was Moore’s passenger that evening, who said that both he and Moore shot handguns out the passenger-side window and toward a driveway, where Mr. Mendiola was standing. Faced with the prospect of spending decades in jail, Mr. Salone told the attorney general’s office a story in June this year: That on that night, the gun he used was a 45-caliber pistol, and that he was certain Mr. Moore used a 38-caliber gun (the distinction is important, because though a 38-caliber gun was never found, a 38-caliber bullet was pulled from the victim’s leg). In exchange for his testimony against Mr. Moore, the AG promised Mr. Salone his freedom.

Yesterday, Mr. Salone indeed gave that testimony as prosecutor Grant Olan directly examined him for his story. Today, the defense picked the story apart, leaving the jury visibly intrigued and likely wondering who is telling the truth.

Mr. Salone, who admitted to a friendship with Mr. Moore that involved illegal drug use and the trafficking of drugs, is thus far the prosecution’s only offer of proof to the jury that Moore is the responsible shooter. No forensic evidence ties Moore to the shooting, and no witness who has so far taken the stand has identified Moore as the shooter, except Salone.

Is Salone telling the truth?

Moore’s lawyer, attorney David Lujan, today raised the testimony of a man named Javier Mercado, whom Salone yesterday referred to as “a dear friend.” Prosecutor Olan placed Mr. Mercado on the stand before Mr. Salone yesterday to ask Mr. Mercado about his knowledge of Mr. Moore’s previous possession of a 38-caliber gun.

LUJAN: Did I hear you correctly that you said Javier Mercado is ‘a dear friend?’

LUJAN: In other words, you’re quite close?

LUJAN: In other words, you consider him a trustworthy person?

LUJAN: You trust him?

LUJAN: Isn’t it true that you bragged to Javier that you had the 38-caliber gun and you were the one who shot it on the night of October 15, 2020?

LUJAN (glancing at a report): Are you aware that Javier was interviewed by several officers and he said you were bragging that you were the one who shot the 38-caliber gun?

SALONE: No. That’s not true.

LUJAN: Are you calling Javier a liar?

SALONE: Whatever was written down or what was interpreted by the conversation was inaccurate.

LUJAN: Who would have been inaccurate?

LUJAN: But you said Javier was a trustworthy person.

SALONE: Is there a question?

LUJAN: Why would Javier say that you called and you were bragging to him that you shot the 38 and the 45 at Agana Heights the night of October 15, 2020?

LUJAN: Were you on drugs when you called and bragged?

LUJAN: Have you any idea why your good friend Javier would say you bragged about using the 38?

SALONE: I do not have any idea why he would do that. 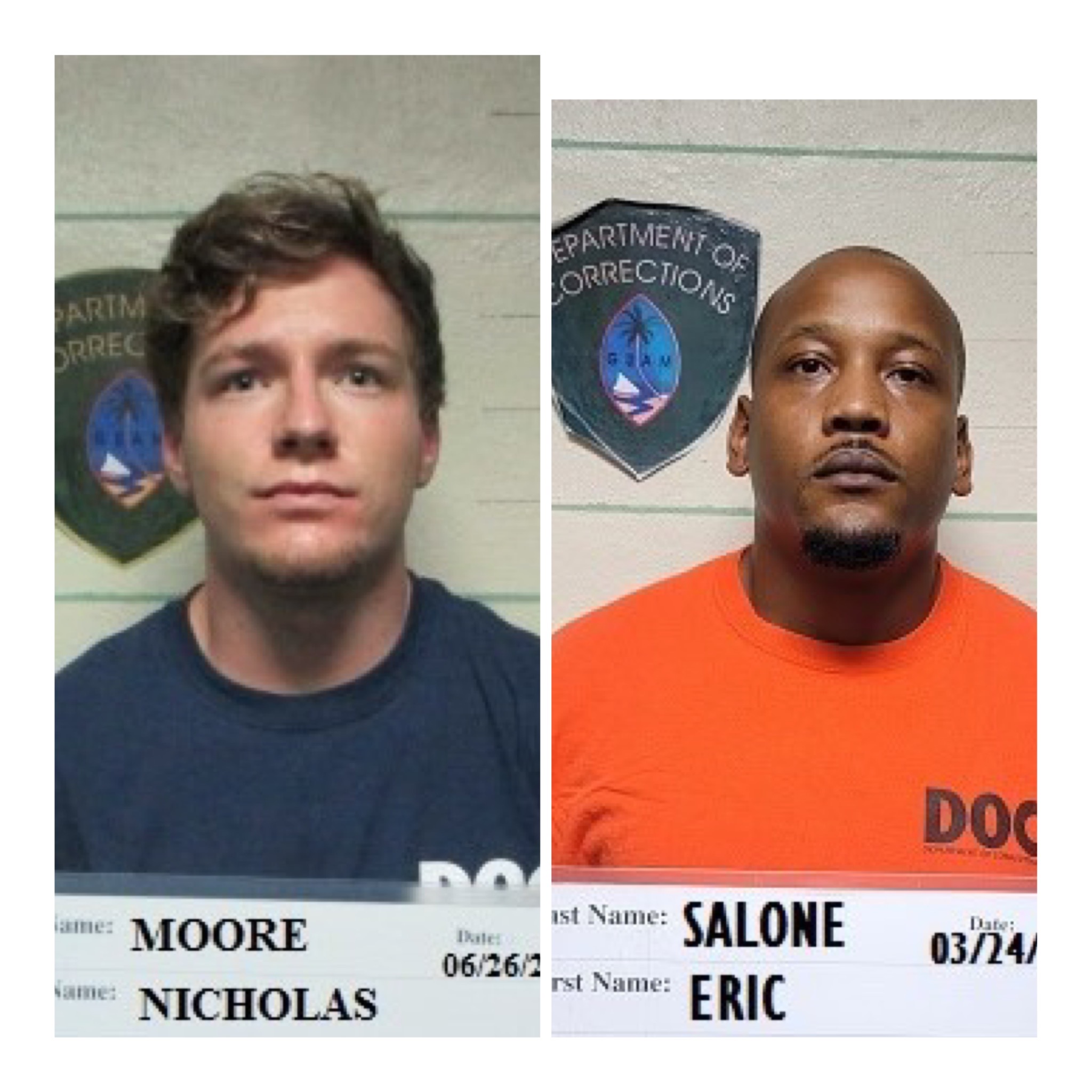 The joint Naval Criminal Investigation Services and Guam Police Department report, which reportedly states Mr. Mercado told investigators that Mr. Salone – not Mr. Moore – used the 38-caliber weapon that night, was not the only report that would contradict Salone’s story.

LUJAN: Isn’t it true you told someone you never saw Nick Moore shoot a gun at a person?

LUJAN: You didn’t tell special agent, what’s his name? Perry. I think Craig Perry – he asked you if you’ve seen Nick Moore shoot at someone.

LUJAN (reading from a report): And you told him, ‘He didn’t shoot anyone.’

SALONE (turning to Judge Alberto Tolentino): Your Honor, that conversation… I’ve been instructed not to talk about it.

[In the presence of the jury, Judge Tolentino, Mr. Lujan, and Mr. Olan briefly and without detail discuss the matter of the limitations on the report Mr. Lujan was reading before the judge instructed Mr. Salone to continue answering Mr. Lujan’s questions.]

LUJAN: On June 7, 2021, would you agree that would have been eight months after the October 15, 2020 incident in Agana Heights?

LUJAN: Isn’t it true that you were interviewed that day by special agent Craig Perry?

SALONE: That is true.

LUJAN: And besides Perry, there were several Guam Police officers and detectives present during the interview?

SALONE: Yes, there were.

LUJAN: Isn’t it true that one of the questions was if you, Salone, had knowledge of Mr. Moore ever shooting someone?

SALONE: It might have been one of the questions, but I was interviewed for 14 hours, so I don’t recall.

LUJAN: Isn’t it true that special agent Perry asked you if you had knowledge of Moore ever shooting someone?

SALONE: I believe it came up.

SALONE: I don’t recall ever giving that answer.

Mr. Lujan is expected to continue his cross examination of Mr. Salone, when trial resumes Wednesday at 1:30 p.m.