A 1992 letter from the U.S. Department of the Interior memorializes a claim hundreds of Guam families may one day be able to take to the bank: GovGuam stole their land.

“Our audit disclosed that the Government of Guam took or reserved for its own use private property without legal due process and without landowner compensation,” a November 30, 1992 letter from then-Assistant Inspector General for Audits Harold Bloom to then-Gov. Joseph F. Ada states. “These actions were contrary to the Organic Act of Guam and the U.S. Constitution.”

The report from the U.S. DOI Office of the Inspector General concerned the use of federal funds on road construction projects prior to 1992. The scope of the findings, therefore, only reached illegal land takings of rights-of-way along federally-funded road projects.

And that’s just in consideration of the land GovGuam stole from private owners on federally-funded roads prior to 1992. That amount does not include all the land taken for utilities and utilities easements, road paving and widening, and all the land taking since 1992.

Unofficial estimates made during the Eddie Calvo administration of the value of illegal land takings pegged the amount at more than $1 billion.

The exposure of this federal government letter acknowledging the issue comes as Core Tech International fights against a lawsuit by GovGuam and Guam Waterworks Authority to dispossess the company of land it purchased through a legal sale in 2015. The land, Lot 10184-7 Ukudu, Dededo, is where GWA operates the Northern District Wastewater Treatment Plant. Every recorded instrument at the Guam Department of Land Management regarding the property indicates CTI owns it, though utilities run through and above the property. A judge already has ruled in the case that the license GWA had to build and operate the plant was extinguished long before CTI purchased the property.

CTI turned the December 2018 lawsuit on its face in 2019, after GWA encroached further into CTI’s adjacent property, and counterclaimed for inverse condemnation amounting to about $220 million.

The claim Core Tech is making, is that GWA has taken the property without going through eminent domain proceedings, and without providing CTI just compensation for the land. The case, CTI’s attorney, Peter Sgro, Jr. has said, threatens to expose the much-larger class of landowners, whose properties GovGuam has stolen over the decades in much the same way it victimized Core Tech.

“Thank goodness for Core Tech,” former Gov. Carl Gutierrez said of the issue, when Kandit interviewed him. “They have deep pockets, so I think the government finally bullied the wrong people.”

Gutierrez, since he was governor, has been trying to resolve the land claims issue and reach amicable settlement with property owners. 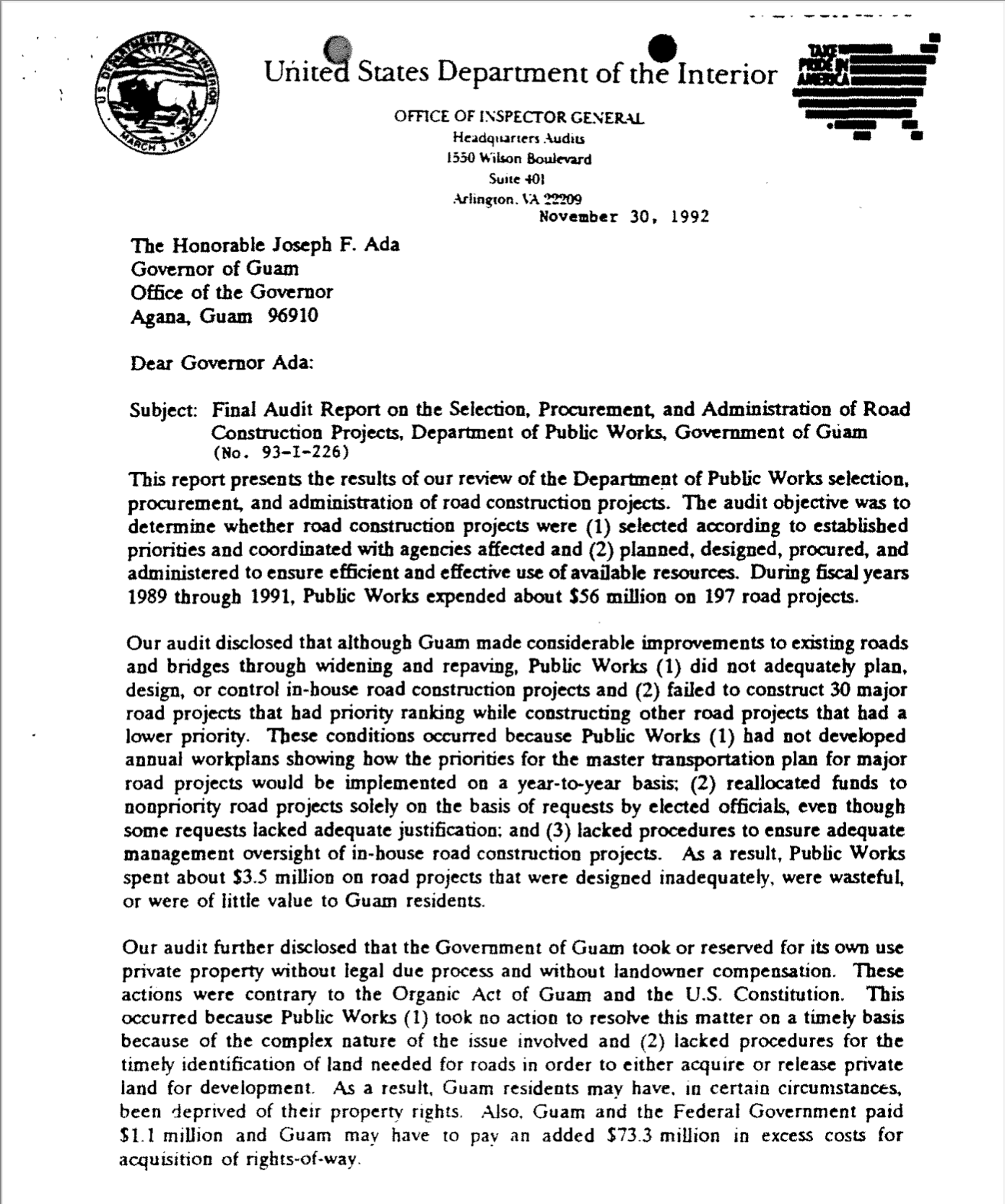 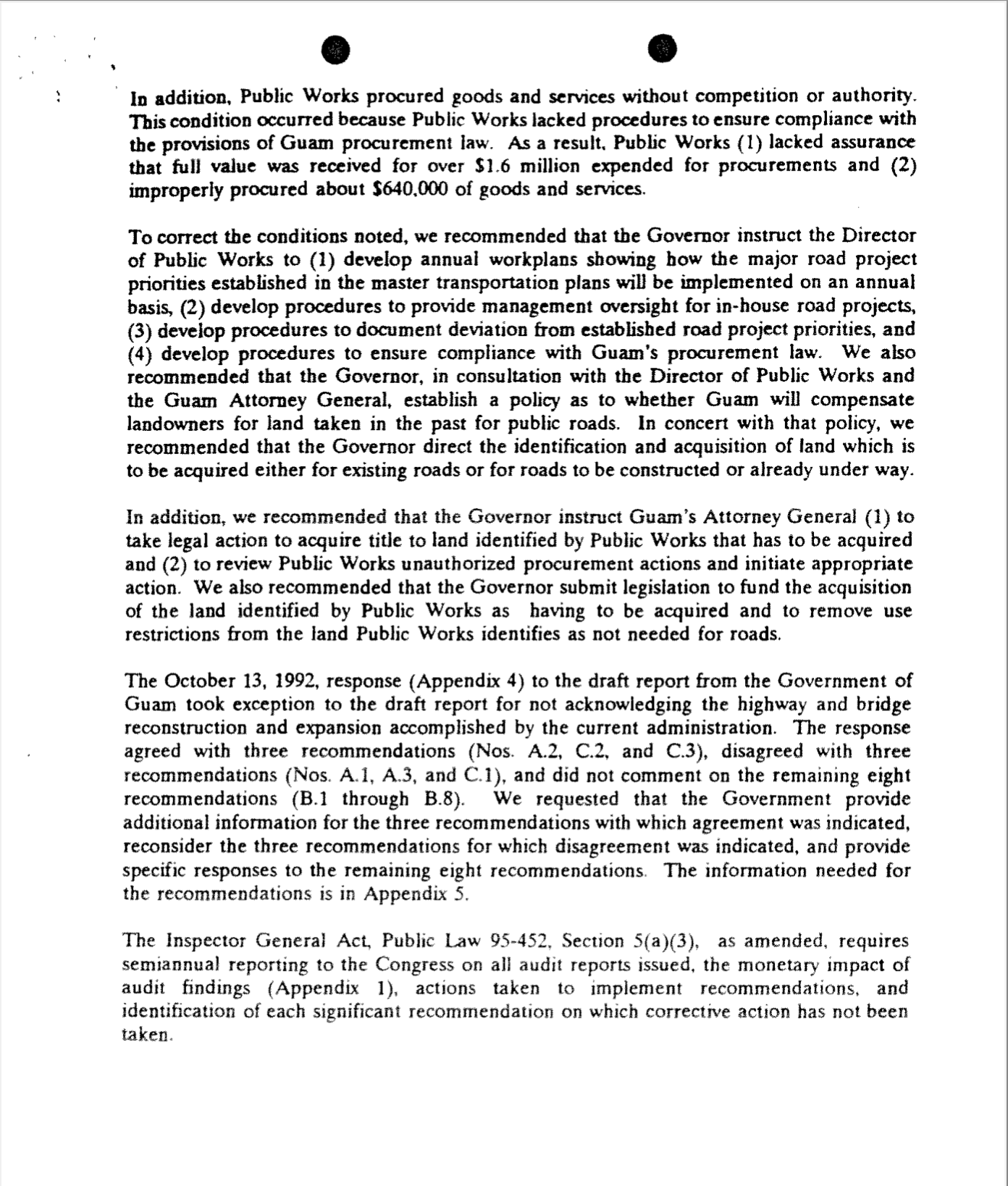 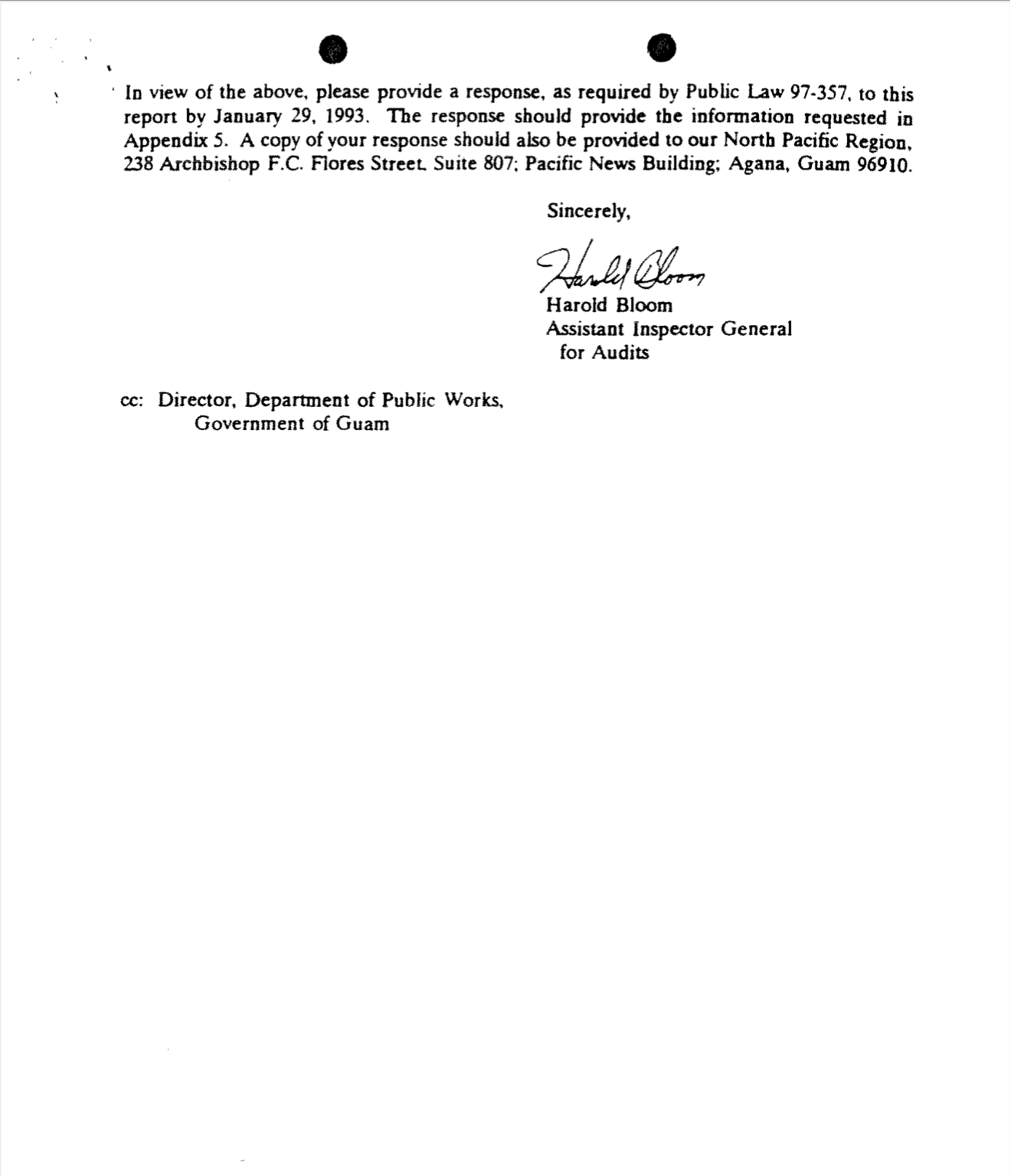