Kandit is not reporting on the ongoing bench trial in the U.S. District Court of Guam involving the Archdiocese of Agana and its creditors. The trial, essentially, is to determine whether the church’s parishes and schools can be included as assets in a pending settlement payout to the archdiocese’s creditors.

While we are not reporting on the matter, we are watching the trial, and we are following reports by JungleWatch’s Pierre “Frenchie” Tarrene on the popular site, junglewatch.info.

Frenchie so far has published three reports since the trial began Saturday morning. You may read them here: 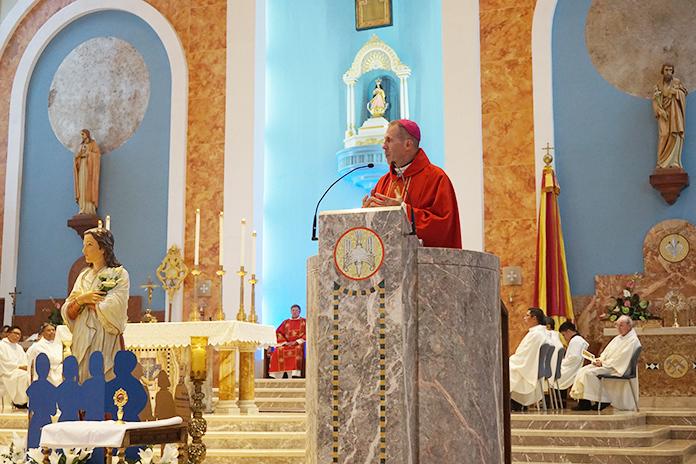 Archbishop Michael Byrnes Friday afternoon was called by the plaintiffs’s attorney, Edwin Caldie, and the following excerpt of their conversation occurred:

CALDIE: Do the parishes have to ask your permission to spend money?

CALDIE: So, does the money really belong to the parishes if they have to ask your permission?

BYRNES: From what we heard here, yes.

CALDIE: I’m asking you though; you’re the Archbishop. Does the money really belong to the parishes if they have to ask your permission?

CALDIE: Can you think of any other instance in life, where someone has to ask permission to use money that is theirs?

CALDIE: Is the Archdiocese one body?

CALDIE: So, ultimately, if a donation is given to one part of the body, it is given to the whole?