As previously reported, Guam Memorial Hospital is paying a private company with close ties to Gov. Lou Leon Guerrero’s campaign a commission on revenues it appears the hospital was already collecting prior to the company’s help. The most significant portion of this revenue – or what GMH refers to as its payer mix – comes from what’s known as the ‘Three Ms’ – Medicare, Medicaid, and MIP. Medicare and Medicaid are federally-funded programs that provide health insurance for the elderly and the poor.

A June 30, 2020 U.S. Department of Justice Department news release should be required reading for GMH officials responsible for paying vendors, especially if all or any part of such payments originate from Medicare. Here are excerpts from that release:

(Guam) Two owners of Guam Medical Transport (GMT) were sentenced to prison terms today for their roles in a health care fraud and money laundering scheme that resulted in a loss to the United States of approximately $10.8 million, one of the largest single Medicare ambulance fraud cases ever prosecuted by the Justice Department.

U.S. District Judge Frances Tydingco-Gatewood of the District of Guam sentenced Clifford P. Shoemake, 63, of Guam, and Kimberly Clyde “Casey” Conner, 60, of Saipan, to serve 71 and 63 months, respectively, in federal prison in connection with their Oct. 29, 2019, guilty pleas to one count of conspiracy to commit health care fraud and one count of conspiracy to engage in monetary transactions with the proceeds of specified unlawful activity.  Judge Tydingco-Gatewood also ordered the defendants to pay $10,884,964.49 in restitution and to forfeit the same amount.

Medicare and TRICARE are federal health benefit programs which, under certain specified conditions, reimburse providers for medically necessary, non-emergency, scheduled ambulance transportation to and from dialysis treatments, provided to beneficiaries with end stage renal disease (ESRD).  Ambulance services are medically necessary when provided to such beneficiaries who cannot be transported by any other means without endangering their health, or were bed confined before, during and after the transportation.

According to their admissions at the plea hearing, from approximately March 11, 2010, to approximately March 21, 2014, the defendants engaged in a conspiracy to defraud Medicare and TRICARE by submitting claims for reimbursement for medically unnecessary ambulance services that GMT provided to patients with ESRD.  The defendants admitted they were aware that GMT was transporting patients who did not qualify for ambulance transportation under applicable Medicare and TRICARE regulations and guidelines, with which they had failed to familiarize themselves.  Specifically, the defendants admitted they were aware that many of GMT’s patients were not bed-confined, and did not have acute medical conditions that would otherwise qualify them for ambulance transportation. 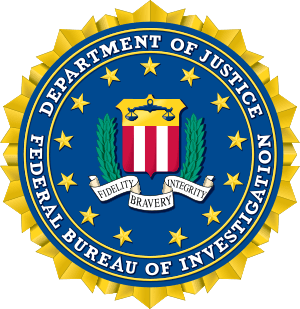 QUESTION: Are facts In the Guam Medical Transport case that supported indictments for healthcare fraud similar in any way to the GMH-MedHealth Solutions revenue cycle management contract?

Never mess with federal funds. That was the lesson learned from the GMT case.

A team of federal investigators from a federal multi-agency task force, worked together in gathering evidence that led to prison terms for two owners of Guam Medical Transport  Volumes of evidence are filed with the U.S. District Court of Guam.

In that case, just some pieces of evidence showed GMT issued billings and got paid by federal Medicare money for ambulance transports that were not necessary. In the case of the GMH-MedHealth Solutions arrangement, documents and audits suggest GMH is paying MedHealth Solutions commissions on federal revenue the hospital largely was collecting on its own before the arrangement went into effect.

QUESTION: If under federal law only the governor is solely authorized to approve expenditures for services related to responses to COVID, did the governor approve any federal funds paid to MedHealth Solutions?

Months after the pandemic began, several senators called on the governor to account for the expenditures of every penny of federal pandemic funds. Oversight hearings were called.

The governor never did provide our legislature with any acceptable accounting of these funds. If the governor had a good and cooperative  relationship with our legislature then she could have easily ordered detailed expenditure reports to be submitted to the legislature.

Unfortunately, the governor chose not to. Even worse the governor did not have to since she had the sole power to spend those federal monies. So authorities need to ask if the governor approved any federal monies paid to MedHealth Solutions and if she did, were these monies spent on services authorized by federal law? Specifically, was it lawful for GMH to pay a private company a commission on revenues the hospital already demonstrated an ability to collect prior to the revenue cycle management contract?

These and other questions GMH officials refuse to answer deserve a thorough inquiry. GMH is giving away millions of dollars each year to this private contractor, which has close ties to the governor and her campaign. These are millions of dollars that instead could be purchasing medicines, fixing the maternity ward, or helping children in need of loving homes. The old adage, ‘Where there’s smoke, there’s fire,’ may certainly apply here. It is time for the Federal Bureau of Investigation to take a closer look at what’s happening at GMH.