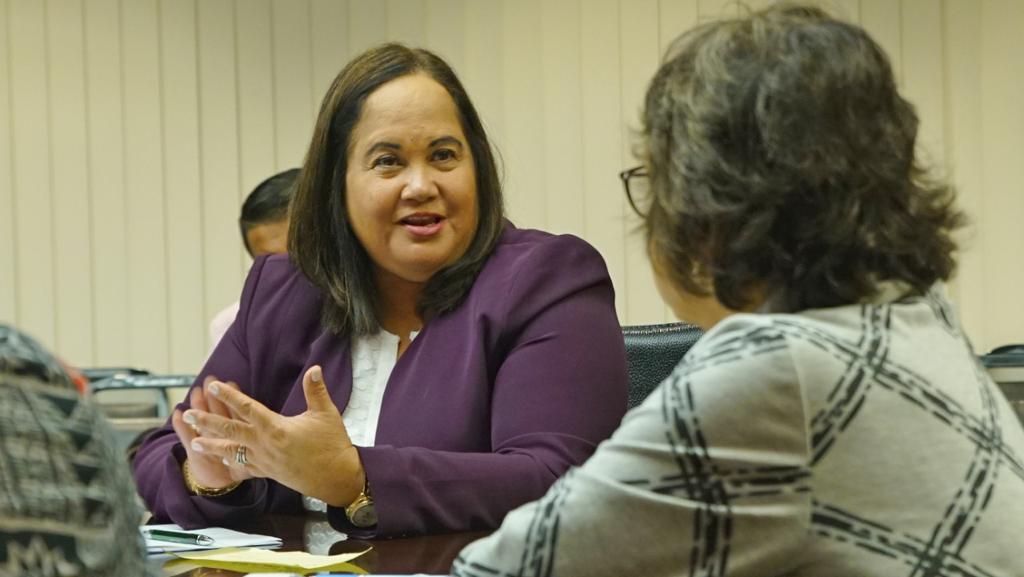 The legislative vice speaker is proving a part-time legislature will work. Vice Speaker Tina Muna Barnes and her office have been working despite her absence from Guam since July. While she has not been able to vote in session, she has conducted legislative business from off island, where she is recovering from severe head trauma.

The taxpayers of Guam pay senators as full-time, salaried workers. Our common understanding of full-time work is the ‘8 to 5,’ five days a week grind in the office. Ms. Muna Barnes, for the past six months, has shown us she and others can get the work done a whole other way.

The question we should be asking is why we even pay senators full time salaries. While there are some senators who hustle on a full time schedule of (truly) legislative work, most can hardly claim to earn the $55,000 a year we pay them. Indeed, senators’s schedules are filled with nothing and nonsense, ranging from entire mornings dedicated to funeral runs, afternoons filled with resolution presentations and meetings (that likely are precursors to corruption), and evenings of hobnobbing.

We know this to be true both by our experience working in the legislature and dealing with the legislature; and after reviewing the work calendars of senators following a Freedom of Information Act disclosure of calendars in 2020. Most senators do absolutely nothing for hours during the day, according to their own work calendars.

So, why do we pay senators a full-time salary? Why do we consider them full-time employees? They obviously aren’t. They don’t operate like that. And do we want them to? Do we really want senators – at the intellectual level most of them possess – to be at their desks drumming up the next ridiculous regulation on our freedoms, or tax on our properties? We need less – far less – government in our lives. If the legislature is to be representative of such a value, then it needs to operate as a reflection of our dependence on government: limited and restricted.

Ms Muna Barnes’s example has answered the question at hand. The Guam Legislature does not need to have full-time legislators to be effective. Part-time senators can just as readily and easily review, draft, and debate legislation.

If the vice speaker of the Guam Legislature can do it, so can everyone else at the Guam Congress Building.