Opinion: Don’t screw people out of their land inheritance, governor 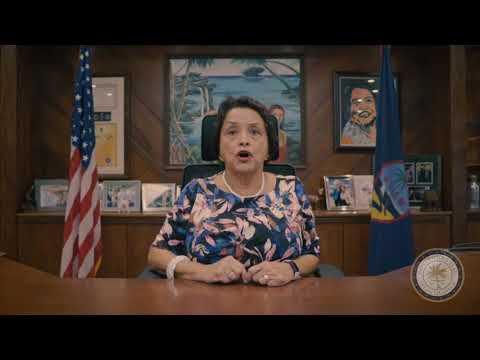 Several months ago we raised the issue of rights of ancestral land claimants to several acres of land Gov. Lou Leon Guerrero wants to use for her healthcare center of excellence. We previously posted a list of those heirs of the original land owners. Now, the governor has finally sent a message to these land claimants; and her message seems to contradict more than thirty years of laws and public land policy.

In marketing her ideas sales pitch to the public, the governor has said the heirs of the original landowners will get absolutely nothing from the lease of the condemned land from the Navy. She said that, according to her research, the families already were compensated.

We’re living in the twilight zone of public policy. Perhaps the era of coronavirus is causing amnesia in the traditions of statesmen, who spent their lives protecting the land for the taotao tano. First, audits and investigations reveal the raping of the Chamorro Land Trust by the previous administration. Then we find out GovGuam is screwing its own people out of ancestral lands at the Harmon Annex for a, no kidding, taki treatment plant. Now we have the current governor blatantly moving to dispossess the heirs of the original landowners of Pagat properties to build a medical center that can be situated instead at land in Tumon specifically designated for such a purpose.

Several months ago Speaker Therese Terlaje – among the few statesmen left concerned with the plight of the landless Chamorro – held an oversight hearing of the executive director and board chairman of the Ancestral Lands Commission. These same people who testified at this oversight hearing were put into their positions by the governor herself. But the video of this particular oversight hearing shows a very different message than what the governor is claiming now. Neither the director nor board chairman of the Ancestral Lands Commission knew anything about these claims during their testimony. In fact, their testimony contradicts what the governor just said yesterday. The claimants and tax payers of Guam are entitled to see what research the governor is referring to. If in fact she feels she has legal justification for just ignoring the claims of the heirs, then we feel she has not only a legal but moral obligation to make that research public.

The development of a new medical facility is a long time coming; but it needs to be done right, and it can’t be done at the expense of the people of the land.

This is a developing story as we prepare Freedom of Information Act requests to ensure our entire community is in fact being told the truth.